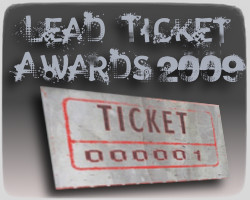 Well…the Lead Ticket Awards were a good idea I thought, but alas they seemed to go over about as well as Friday the 13th VIII: Jason Take Manhattan. Although, the lack of promotion by a few other sites didn’t help too much as well as my own dwindling interest as the awards sort of flopped.

While there weren’t many who took the survey, there still were enough to get a result…a kind of skewed one, but a result nonetheless. So here we go, the results for the 2009 Lead Ticket Awards!

Park with the Worst Food for the Value 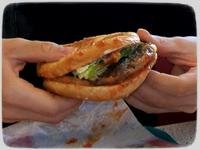 Theme parks are kind of hit or miss in terms of food. There’s typically a huge selection of greasy foods to choose from, but sometimes the burgers are rubbery and have those disgusting hard pieces of fat in them while the hot dogs are mushy inside. On top of that, your rubbery burger might cost in upwards of $7 bucks! As chosen by you, the park with the worst culinary fare is…

Let’s face it, some staff are rude. I’ve worked at an amusement park myself and I have to admit that I’ve barked at a few guests; six hours solo operating the Scrambler on a disgustingly hot and busy day will do that to you. However sometimes you’ll just be inundated with rude staff on some days! The park with the rudest staff has been selected, and it is…

Six Flag Great Adventure! I’ve run into a few baddies there as well, however my personal choice was Dorney Park by a slim margin. 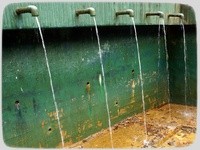 Ever walk into a theme park bathroom and see a big brown streak on the floor? Be glad if you haven’t! The park with the worst bathrooms is…

Boardwalk Parks! While not a single park, there is truth to this. After all, down in Wildwood, NJ is where I saw Mr. Hanky in the middle of the floor.

Some parks just don’t fit the bill with an exorbitant admission for their lackluster selection of attractions. The park with the most overpriced admission is…

Busch Gardens Europe! At $61.95, it does indeed seem kind of steep. The place is nice and has decent rides, but is it really worth $62 bucks?

They all can’t be Disney but they can at least put some effort into it! The park that likes to theme their western ride with a few wagon wheels, a fake cactus and some horseshoes is…

Cedar Point! Being a Cedar Fair park, this place really doesn’t have a theme at all; rides are kind of compartmentalized into separate themes with rides such as Top Thrill Dragster having some sparse racing paraphernalia and Millennium Force having…I don’t know actually.

Simple, the park that compounds all of the above into a nice little ball of junk. This dubious the award goes to…

Cedar Point! After all, they did take two of the categories above as well as showed up in every category in the results to some extent.

The list continues with the Roller Coaster Categories up next in the full article! 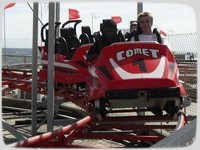 A good ride needs a good name, and a bad ride does too. Why a park would slap a crumby name onto a coaster, unless it fits a coaster stereotype (ie. old wooden coaster = Comet/Jack Rabbit/Racer), is a mystery. The coaster with the worst name as chose by you fine folks is…

Flight Deck! What the hell kind of name is that? There are actually three Flight Deck coasters in existence at Canada’s Wonderland, Kings Island, and California’s Great America. All three were named Top Gun prior to being “changed for copyright reasons.”

Just like the same category in the theme park section only smaller! The coaster with the most mediocre attempt at themeing is…

Millennium Force! Jeez, Cedar Point is taking a beating in these awards! However it’s true, Millennium Force’s theme is, for all intents and purposes, of a coaster that was built in 2000.

Waiting in line is no fun at all. Waiting in a line that moves two feet every 45 minutes is really no fun and can basically kill a day at the park. The coaster with the slowest moving queue line is…

Dark Knight! This is totally the truth here. For anyone not familiar with these coasters, they’re a series of themed indoor Wild Mouse coasters at three separate Six Flags parks. The queue consists of an outdoor section, a pre show, and another indoor part. On busy days, this queue is simply agonizing to wait in with the outdoor portion moving up every 10 minutes or so. The pre show is nice, but after the 5th time…it’s not!

Steel coasters should be smooth right? WRONG! Sometimes they can be even worse than wooden coasters with high speed track kinks and transitions that feel like they were designed by bending a coat hanger! Worse yet is when a coaster with a harness is rough, which results in the dreaded headbanging action. The roughest steel coaster is…

Well, there was no clear winner! So I looked up on-ride videos of all the coasters and picked the one that looked the roughest. So the winner is…

Gemini at Cedar Point! Again, Cedar Point gets a vomit green star next to their name! Gemini is an Arrow Dynamics made (uh-oh) steel coaster with wooden supports (UH-OH.) It looks like fun, but the ride does look pretty damn bumpy due to its Roller Coaster Tycoon-esque transitions. Here’s a video by tilt215. 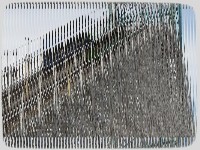 Typically synonymous with the word “rough,” a coaster with bare steel wheels riding on wooden, steel lined track with lots of play between the wheels will be bumpy at times…unless it’s El Toro, but that’s a steel coaster painted to look like wood anyway. Winner for the roughest wooden coaster is…

Mean Streak at Cedar Point! Again, Cedar Point wins! I guess having the most coasters in one park will up the odds of having a few duds mixed in. Mean Streak, while having an interesting name in and of itself, is also a notable Dinn Corp manufactured trash heap with gigantic drops and ridiculous amounts of “Dinn Shuffle.” Here’s a video by huggiebear100…and it’s something else!

Some coasters just don’t deliver after being billed as the “best,” “biggest,” or “greatest.” Sometimes it’s the park fanboys who will cause a stir calling “coaster Y” the best ride ever even though it’s just a steaming pile of…you get it. The most overrated coaster is…

Hollywood Rip, Ride, Rockit! This 2009 built coaster at Universal Studios Florida was hyped beyond belief this past off-season. I guess it didn’t live up to hype! It doesn’t look too bad from this video by Attractions Magazine, but it does seem to drag on and have little themeing.

Simply put, this category is for the most lackluster of coasters built in 2009. And guess who the winner is?

Hollywood Rip, Ride, Rockit! This was a shoe in for worst of 2009 considering that it had handily won most overrated coaster!

Dark rides are non-coaster rides that take place indoors, whether it be ride through or walk through. Many are good, like Spiderman at Island of Adventure or most of the Epcot attractions. Some…just aren’t at all. The winner is…

Jersey Junkyard at Morey’s Piers! Really Disaster Transport at Cedar Point won, but that ride is actually a bobsled coaster…and for crying out loud Cedar Point has taken enough of a beating already! Jersey Junkyard pulled in second and rightly so, it’s an abomination of a dark ride. Thanks to this video by bigbill245, we can watch this ultra scary dark ride from start to finish!

Worst Water Ride (not at a waterpark)

RollerSoaker at Hersheypark! The point of this coaster is to ride around and get sprayed with water, however as beastofbangor1 shows…that doesn’t always happen…and if it doesn’t…then it’s boring as hell. 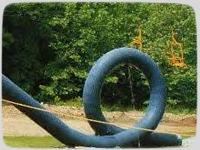 How does one gauge a bad waterpark? I usually do so by taking the admission price times the number of pre-fabricated slides that show up at other parks, divided by the number of bikinis, times the number of instances that I hit my ass on one of those weird rubber “brakes.” The result is a number that means absolutely nothing. In that case our winner for worst waterpark is…

Soak City at Cedar Point! It’s almost fitting that Cedar Point would round out the awards considering that they won several above. Although I think this is more of a case of “I guess I’ll just choose…” because the park doesn’t look that bad after looking at their site.

So there they are, the worst of the worst in the theme park world as chosen by you! Maybe we’ll try this again next year with a more curtailed survey and a load of exposure. Thanks to all the people that took this survey!