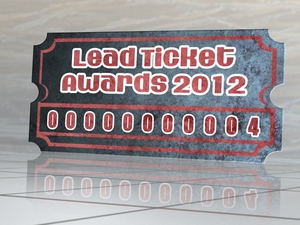 Well that went by…actually pretty slowly. That’s a first! Usually as we age things go by much faster. The time between the 2011 and 2012 Lead Tickets went by extremely quickly but the time from opening the 2012 poll to its close felt like forever!

I want to thank everyone for voting in the 2012 edition of the Lead Ticket Awards, it really cannot be done without your participation! I also want to thank Screamscape for linking the awards and giving it some exposure! So who won a big ol’ leaden ticket this year? Let’s find out!

Worst Food for the Value

Theme park foods aren’t typically the bastion of fine dining. Actually sometimes Taco Bell is better than theme park food…and cheaper. Some parks realize that their food is tepid and tasteless and price accordingly. Some parks actually have decent food and price high, but it doesn’t seem as bad because it was good! However there are some parks with  less than stellar food that  go by the ol’ “they can’t get food anywhere else so who cares how much it costs” methodology. The park this might apply to, as chosen by you, is: 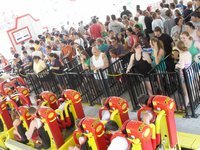 So, you’re driving down the entry road to the park, you round a corner and are immediately waved into an overflow lot a mile from the entry gate. “Let’s go on this coaster” a person from your group says. You fight through throngs of people before finally arriving at said coaster. There you find a two hour line. No…a three hour line as it extends down a path that you didn’t see. This scene has played out the most for our voters at:

Cedar Point! …do we see a trend starting here? 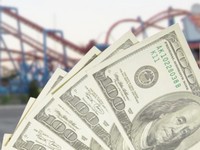 There are parks where I’m sure they would love to base admission on how much you have in wallet at the moment. If you have less than their desired amount, then you must work on the kiddie boat ride with the bells that kids ring all…the…time. Of course they can’t so they do the next best thing, they jack up admission! The park with the most overpriced admission is:

Walt Disney World Parks! Currently the price for a one day pass to any WDW park is $89.00 USD. That’s more than I paid for a season pass to Six Flags Great Adventure. Of course if you get a week long “hopper pass” the admission goes down. 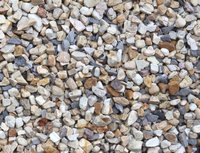 “What should we do for themeing?”

“How about some concrete, a tree or two and some white stone?”

The park that does this is:

Cedar Point! Well, OK, this is true and true for most Cedar Fair owned parks. But at least they don’t even try instead of attempting to emulate Disney and failing miserably. 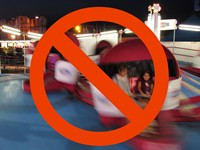 Yeah, yeah…everyone loves coasters and they are the main selling point of an amusement park but parks need flatrides as well. Flatrides provide alternative thrills for park goers and also the more flats a park has the less lines there will be at coasters! Of course some parks don’t care for flats; you may have heard the famous line by former Six Flags CEO Mark Shapiro in that “People don’t go to a park for a tilt-a-whirl, they go for the big rides” that echoes this sentiment perfectly. The result is a coaster park with little else to do but wait in line for the next “big ride.” The park with the worst collection of flats is:

Six Flags Magic Mountain! The park currently has 16 coasters, soon to be 17 with the addition of Full Throttle. Flatrides excluding water rides and upcharges? 8.  Lex Luthor: Drop of Doom, the trop tower they just added onto Superman: Escape from Krypton, does look pretty cool however. 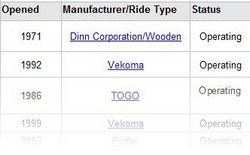 On the flip side maybe a park has a stellar flatride collection and sub par coaster lineup. Maybe all of the parks coasters are Vekoma made, two of which being an SLC and Boomerang. According to you the park with the worst collection of coasters is:

Six Flags America! This was kind of crapshoot of a race with many parks being voted upon. In the end it came down to a handful of parks bunched up together.

Possibly uniting the above two categories and a selection of others we get the worst overall park category. This park just doesn’t do it for you, it doesn’t have a lot of great rides, the food is overpriced, the admission is high, and it’s crowded for some reason! The worst overall park according to you is:

Six Flags America! It’s not too surprising that they’d get the vote seeing as they won worst collection of coaster and appeared in the top three for worst flatrides. This is the second year this park has won now and did so again by a wide margin. Save them Six Flags! 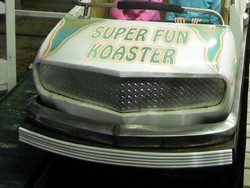 Parks usually want a good name for a coaster, something that fits the ride and has drawing power. Oblivion, that’s a cool name especially given the nature of the coaster. Rolling Thunder, the coaster might not be great but the name is amazingly appropriate and definitely cool. Superman: Ultimate Flight…eh. Gotham City Gauntlet Escape from Arkham Asylum…whoa, what the hell? And of course we have:

Flight Deck!  Flight Deck? Seriously, who thought that was a good name? I know all of the Flight Deck coasters used to be named Top Gun and had to change when Paramount sold the parks that they resided in but Flight Deck was the best they could come up with?

Most Pathetic Attempt at Theming 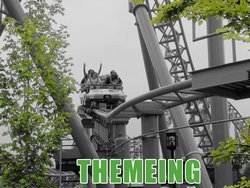 “So what’s the coasters name again?

“All right, how should we theme it?”

“How about a pile of wood and some spooky ghosts. Maybe a tree.”

According to you some variation of this happened on:

Bizarro at Six Flags Great Adventure! This turned into a mish mosh of results with some coasters getting a handful of votes and winning, although the top three do have some pretty poor attempts at themeing. 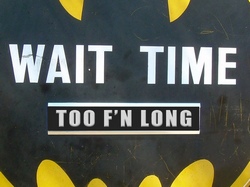 A long line doesn’t necessarily mean it’s slow, we’re talking about lines that are just excruciating to wait in even if the wait looks short. Maybe said coaster has a pre-show that only opens every 10 minutes. Maybe the coaster has a low capacity and therefore the queue inches along. The coaster with the slowest moving queue line is:

Top Thrill Dragster! Kingda Ka won last year, now Cedar Point’s Intamin accelerator coaster gets the nod. Thing is these coasters suffer long wait times thanks to random break downs (lol Intamin) and for simply being the most visible and talked about coaster in the park which results in massive lines. Kingda Ka, after axing the dual station configuration, actually moves as a reasonable speed…you know, until “we’re sorry, this ride is having technical difficulties…”

A wooden coaster is supposed to be somewhat rough, it’s made of wood after all. You might say a wooden coaster should be kind of rough to complete the out of control experience. Some wooden coasters are just too damn rough though and give a ride experience akin to riding on tree bark textured tracks. The roughest wooden coaster according to voters is:

Mean Streak! That’s four years now that Mean Streak has secured this honor. Maybe if Son of Beast was open in the last few years then it most likely would have given Mean Streak a run for its money in this category. Now that Son of Beast is a pile of rubble (and being sold, get your piece to burn) I have a feeling Mean Streak will continue to dominate this category until A. it’s axed, B. it gets a Texas Giant rehab, or C. I change the category.

Some steel coasters are rough whether it be from imperfect design or just bad aging. Usually a rough steel coaster is frowned upon more than a rough wooden coaster as A. a steel coaster is supposed to be smooth and B. the bumps tend to be more jarring and abrupt. Couple this with an over-the-shoulder harness and the pain will be plentiful. Your pick for roughest steel coaster is:

Ninja at Six Flags Over Georgia! Poor Ninja, I remember when this used to be Kamikaze on Hunt’s Pier in Wildwood when I was little. Why did Ninja win? Well, it’s a Vekoma with lots of strangely shaped inversions taken at considerable speeds. Sounds like headbanging heaven, and I’m not referring to a Metallica concert. 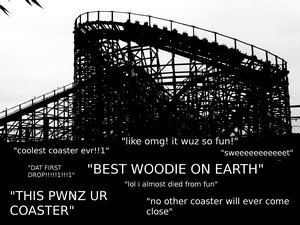 The Voyage! I’ve noticed that nobody can really come to a common ground with Voyage; it’s either great or it sucks. Perhaps the ones that dislike Voyage are disciples of the The Raven, I don’t know. Once they put on those Timberliner trains…well I was going to say more people will like it but at the same time I could see a revolt amongst the wooden coaster purists.

All three have some form of “the” in the name, how about that.

This steel coaster is defended by fanboys to the death. This coaster is constantly lau…eh, let’s just save the BS and reveal the biggest surprise in Lead Tickets history:

Apocalypse at Six Flags America! Not only did Six Flags America win worst park, but also worst new coaster, correlation maybe? So why all the hate for Apocalypse? Most likely because it falls into the ‘new in name only’ category. Before the Apocalypse came, the ride was known as Iron Wolf at Six Flags Great America. Iron Wolf was built in 1990 and was Bolliger & Mabillard’s first roller coaster after leaving Giovanola. It’s nice to preserve older coasters, especially B&M’s first coaster, but for the love of god will Six Flags give SFA a decent NEW coaster for once?

The logo is wonderful though!

And there you have it folks, the winners of the 2012 Lead Ticket Awards!  Probably not happening this year. 🙁