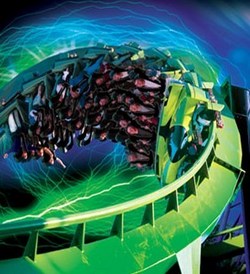 It’s officially official now; Six Flags Great Adventure has announced that Green Lantern will be coming to the park in 2011. The Great Adventure website details Green Lantern as on of the tallest and fastest stand up coasters in the world, “standing 154 feet tall and reaching speeds of 63 mph.” The page also includes a No Limits video featuring a mock up of the coaster. Of course most of us already know the details and layout considering that we know about the Green Lantern’s interesting past life!

There is news with this announcement however; we now know that Chang will indeed be themed as Green Lantern as opposed to something not comic book related. 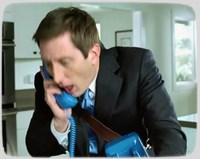 You can stop that at around 15 ;). I really shouldn’t complain about the name because I wanted it to be named Shockwave as an homage to Great Adventure’s past stand up coaster! If that was the case, could you imagine how many people who haven’t been to GAdv in years would think that the new stand up was still the old Shockwave? Hell, some people might still think that, after all some park goers think that El Toro and Rolling Thunder are the same ride!

I’ll be posting updates on the construction of Green Lantern throughout the rest of the season and into the off season, so stay tuned!