2011 Lead Ticket Awards results are now in! Check them out!

The Second Annual Lead Ticket Awards ended on October 31st and the meager results have been compiled! Yes, the turnout was less than spectacular, much like US elections nowadays, however more than enough votes were cast to produce a definitive (coughskewedcough) result.

Park with the Worst Food for the Value 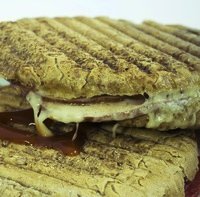 Cedar Point! Two time, two time winner of the worst food for the value category! Either it really isn’t very good or people just want to throw the Point under the bus out of spite.

Not all parks have pristine peeing conditions. While some may have lovingly cleaned toilets and those Accelerator hand dryers that…well don’t work a whole hell of a lot better than the old ones, some are akin to prison bathrooms. I always remember Astroland’s old bathroom that cost 25 cents to use: cramped, humid and un-ventilated. Interestingly it didn’t smell like crap, rather a powerful, eye watering bleach smell permeated its tiny confines. Anyway, the park with the worst bathrooms is:

Great Escape! Well that’s surprising! Actually, this park won with two freaking votes while a mish mosh of parks made up the rest of the votes. Personally, I’ll go with any boardwalk parks bathroom. 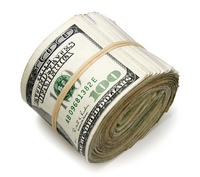 Not all parks can be Knoebels; free admission and cheap rides, you know the deal. More often than not a park will charge double digit numbers for parking and admission prices bordering on Bon Jovi concert ticket territory (ie. expensive.) According to you, the most overpriced admission is:

Walt Disney Parks! A lot of Disney owned parks popped up on the list so I decided to just lump them all together. Currently the going rate for a one day admission to any Walt Disney World theme park is $82.00. Yeesh, Cinderella better give me a lap dance for that much! However the price drops drastically as you add more days to the admission pass; currently a seven day pass comes out to $35 bucks a day which isn’t too bad at all.

Speaking of Disney, not all parks can be up to par with Disney’s standard of theming. A tree, some concrete and an open air coaster station might be enough for some parks. The winner (loser) of this category is:

Cedar Point! Two time, two time winner! Cedar Point has once again claimed this dubious award by having coasters themed to the year 2000, birds of prey in general, and a bug that people are afraid to step on fearing legal action (a myth by the way…but don’t step on them!) 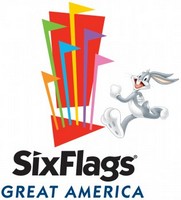 Some parks just haven’t been updated, added to, or in some cases cleaned in years. The worst overall park as chosen by the voters is:

Six Flags Great America! Hahaha, oh wow, this is a surprise! I did a quick once over their selection of coasters on RCDB and found that they do indeed have a seemingly decent B&M hyper, Raging Bull along with the first B&M coaster Iron Wolf. But alas, they also have two wild mouse coasters and their new addition for 2011 will be nothing after Six Flags Great Adventure became the impromptu recipient of Chang, a coaster that was all but slated to be built at Great America.

Scream! Is this Six Flags Magic Mountain coaster named after the movie? Nope…it’s just named after the act of screaming. Its theming is pretty good too, those parking spaces are just uncanny! I have to give a shout out to whoever suggested Family Gravity Coaster however, that’s a pretty damn bad name as well!

This kind of goes hand in hand with the park category of the same name. Will Cedar Point win this one as well? Actually no! The winner is:

Bizarro (SFGAdv)! Oh boy, is this a slap in the face or what? Medusa, Bizarro’s previous identity, was once regarded as a poorly themed coaster; guess GAdv’s revamp just didn’t cut it for some folks! 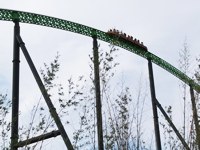 So, you get to the park and run to your favorite coaster. You can almost feel the first drop as you watch train after train crest the lift hill from afar. You just can’t wait for the crushing Gs, massive airtime and awesome speed! You finally get the ride and see half the switchback taken up. “Oh boy, this won’t be too long” you exclaim. THREE HOURS LATER…you board the train. This scenario has played out numerous times for voters and the culprit is:

Kingda Ka! I for one can concur with this selection. I think two or three times this past season I’ve waited in a ridiculously short line for Kingda Ka only to have the ride break down and add over 9000 minutes to the wait time. All other times they only opened one side of the station resulting in a stupidly sluggish wait.

Yeah it happens. Steel coasters are typically smoother than wooden coaster but sometimes you get horribly rough steelies that really pound riders. I mean, going 70 mph or something over rough track just isn’t going to feel like a bunch of fun. The roughest steel coaster is:

SLC’s in General! Among the results were coasters like Great Nor’ Easter, El Condor, Mind Eraser; all Vekoma manufactured SLC models. It’s no joke when coaster enthusiasts refer to these coasters has ‘Vekoma Hang n’ Bangs!’ Great Nor’ Easter at Morey’s Piers actually had overhead lapbars with vest type shoulder restraints added to reduce headbanging. It worked…but the ride is still like riding down a cobblestone road in an earthquake on a go cart with steel wheels and no shocks. 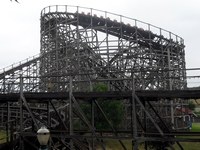 Wooden coasters, on the other hand, are usually rough! Their made of wood for crying out loud! Some of them are pretty smooth however, disregarding woodies like El Toro and T-Express which are possibly constructed out of wood colored steel. Lightning Racer comes to mind when thinking of a ‘smooth’ wooden coaster. On the flip side, some wooden coasters are just a flat out pain party; even the lift is bumpy! The winner is:

Mean Streak! For the second year now Cedar Point’s Mean Streak has beaten riders into voting for it in the Lead Ticket Awards. The builder of this coaster, ‘LOL It’s Rough Dinn Corp’, are typically associated with horrifyingly rough wooden coasters; most of the crowning examples are either dead (Hercules, Psyclone) or have had extensive modifications to make them ridable (Texas Giant.) Mean Streak is one of the last Dinn Corp crap bombs to remain that subjects riders to ‘Dinn Shuffle’ at over 60 mph…perhaps this ride should be revered.

Lauded by coaster fans and the general public at first, but then just lauded by the general public and voters in the Golden Ticket Awards. The coaster may have looks that thrill but the reality is a forceless, boring ride that’s all bark and no bite. The winner is:

Millennium Force! Is this really a surprise? Many coaster enthusiasts refer to this Cedar Point coaster as ‘Millennium Forceless” due to its lengths of straight track, boring layout and relatively forceless turns. It probably has a nice drop though! 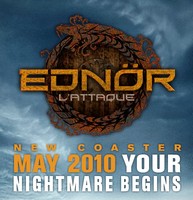 Finally, we have the newest stinker of 2010. Many new coasters were built this past year such as Intimidator 305 at Carowinds (which opened to much fanfare before the addition of some dreaded trim brakes on the drop,)  Sky Rocket (it’s just as freakin’ bad haha) at Kennywood, which actually made an appearance in the ‘worst name’ results, and Flying Turns at Knoebels…wait, actually that didn’t open yet. Anyway, the newest worst ride of 2010 is:

Ednör – L’Attaque at LaRonde! After looking this coaster up on RCDB, it became glaringly apparent as to why it was awarded this dismal status…IT’S A VEKOMA SLC! It was actually AstroWorld’s old Serial Thriller coaster which, after the park’s closure, was moved to Great Escape where it sat for four years in storage before being resurrected as Ednor: Attack! What’s Ednor might you ask? Well…it’s Ronde spelled backwards.