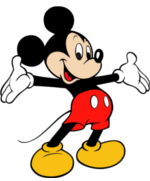 As a lot of people know by now, Disneyland and DisneyWorld are holding a promotion where you can get free admission on your birthday in 2009. Since this offer isn’t attractive to season passholders at all, California’s Disneyland Resort decided to give those customers a $69 gift card on their birthday, which is the cost of admission to Disneyland (damn that’s a lot!) However, as reported in a recent LA Times editorial piece, there’s apparently numerous ‘blackout dates’ in which season passholders will simply get the shaft!

The LA Times editorial actually had the blackout dates listed, and I have to say that it basically knocks out the entire summer, weekends, and weeks leading up to holidays. Why even promise a gift card to passholders if it can’t be redeemed half the time? On the flip side, in these economic times, maybe Disney should have just drew the line for season passholders. I mean, I have a season pass to another park and I milk that thing to death…and I’m sure Disneyland passholders do the same!

There’s also an interesting aside in the editorial linked above; after seeing round after round of guest service personnel, the writer interjected that even though it was evident that it was his wife’s birthday, none of the cast members wished her a happy birthday. When he brought this point up to one of them, the employee said “I’m not going to be forced to wish her a happy birthday.”As that oddly alluring woman in the Progressive insurance commercial once said: “Oh, that’s cold…”

Now I know some people from Disney and heard though an unnamed informant that they’re actually going to start a new perk for those whose birthday’s fall on a blackout date. Apparently the song and dance they got from guest relations didn’t go over very well so they’re going to have characters actually perform a song and dance when the occasion arises. The song will apparently change depending on the day and it will attempt to let jilted guests down in a cheery way! The informant even shared part of the song’s lyrics:

“Hey there guest, you’re simply the best!
We wish you a happy birth-day!
But to our distress, we must confess!
That on this sun-ny Thursday!
There is no gift! You just been stiffed!
The Mouse says you’re out of luck…
Mickey: Haha, that’s right!”