“Since the beginning of time, mankind has been forced to compete for survival. This spirit of competition has reached a pinnacle in the relationship of two best friends who battle against each other. Why?

Glory for the winner…humiliation for the loser… 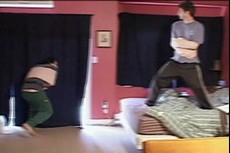 …and with that dramatic introduction your television begins a 25 minute journey into the dregs of the male persona. Kenny vs Spenny is a Canadian television show that is shot in Toronto , Canada . The show is about two ‘best friends’ Kenny Hotz and Spencer Nolan Rice who have known each other their entire life, who live together, and of course who hold competitions against each other; the winner has the enjoyment of putting the loser through some kind of degrading humiliation.

I first saw this show while listening to music late at night. I had GSN on the TV that night and after this show called Street Smarts ended at 2:00 AM on GSN, I decided to stop listening to music and maybe head for bed. Then the Kenny vs Spenny intro started and for a reason unknown to me I just sat there instead of going through with my plan to head for bed. I had heard of the show before when GSN was running commercials for it some time ago, so why not watch it for once. The I heard the premise of the episode, Who can Stay Blindfolded Longer; “Oh my God, what a horrible competition…I need to see this!” I thought aloud. Of course, the show was absolutely hilliarious; seriously, I had never laughed that hard at anything on TV since I saw the movie Windy City Heat. I was hooked on KvS, and soon after I got the Season 1 DVD for Christmas.

Now this show may sound a bit bland to some. I mean, a lot of television shows pit one person against the other; but Kenny vs Spenny is very different. Despite the fact that most of the competitions are incredibly insane; these guys have completely opposite personalities in relation to each other, so their interaction and the vastly differing ways that they go about the competitions is a lot of fun to watch.

Kenny is very devious, you can pretty much see that quality in the image to the right. He almost always bends the rules and will not hesitate to use cheating to win. What is noticeable from a single viewing of the show is that Kenny absolutely loves to annoy Spenny, and sometimes wins using that tactic alone. Considering that Spenny is extremely easy to annoy, Kenny has little trouble at all acheiving his personal goal of driving Spenny completely nuts for the camera. Being obnoxious or being generally disgusting is Kenny’s forte; burping, farting, spitting, and blowing his apparently toxic smelling breath at Spenny is seen in almost every episode. Even though Kenny normally bends the rules and such, sometimes he actually outsmarts Spenny and wins in a fairly (stress on fairly) clean way.

Away from the show, Kenny Hotz has written and directed a few films; Pitch was made in 1997 in which he co-directed/wrote with Spencer Rice. Pitch is a documentary type film about Kenny and Spencer and their desperate attempt to pitch a script called “The Dawn” to as many actors and producers as possible. In 2004 Kenny directed and co-wrote The Papal Chase, a movie starring himself in which he tries to meet the pope…even though he’s Jewish…and an atheist. Before all of this, Kenny did photography work during the Gulf War in 1991. Many of his photos can be seen at his blog site. 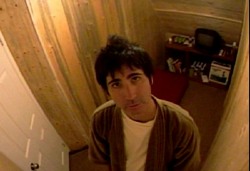 Spenny, on the other hand, is a self proclaimed ‘purist.’ He rarely even bends the rules, and seems to be oblivious when Kenny is in fact breaking them, although he’ll semi-catch on over the course of the episode. Spenny is also very stressed out, angry, and neurotic, which isn’t hard to believe considering that he has been around Kenny his whole life. In some episodes Spenny seems a bit depressed as well, which makes me feel for him a bit. Though, if Kenny didn’t find ways around the rules in almost every episode, Spenny would probably win quite often. According to Spenny, Kenny is a chronic narcissist and an immature ‘man-child.’ In contrast with Kenny, Spenny is a very private person; at least that is how he portrays himself in the show. He is frequently seen in his room at his desk typing away at his laptop; even during the “blindfolded episode,” there are a couple of scenes showing Spenny sitting at the desk and pawing at his laptop.

Unfortunately, I have found extremely little about Spenny’s ventures outside the show. He co-wrote and co-directed the film Pitch with Kenny. In an interview done by TVShowsOnDVD.com, Spenny responded to the question “do you have your fair share of stalkers” with: “It’s a pain in the ass, it really is. Once and awhile I like it if it can get me into a restaurant faster, but generally speaking it’s… whatever… I wish I was invisible.” This quote can actually be seen in some episodes as Spenny will sometimes tell the camera people to go away, or he’ll throw objects at them so they don’t invade his privacy. On the flip side, Kenny responded to the same question with “I love them!” You can read the entire interview at tvshowsondvd.com. 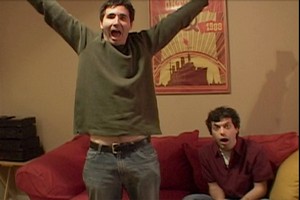 As said before, the loser must endure a humiliation. Spenny normally chooses an ego busting humiliation such as making Kenny run naked down a crowded street, making him act like a dog, or making him piss his pants. Kenny usually chooses a humiliation that disgusts Spenny, and probably the viewers as well. Some examples are making Spenny smell his breath for 60 seconds after eating a variety of smelly food products, hawking a loogie in Spenny’s face, and making Spenny his personal bathroom attendant. 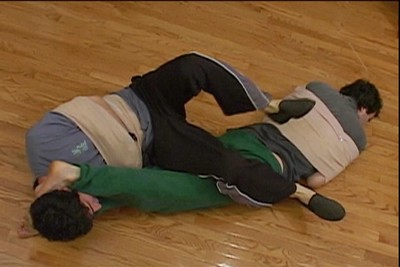